This super cool kimono is just right for a hot summer day’s wear. For very casual wear you could combine this with a ro (very light) juban and a soft unlined obi, or wear it as a super light robe round your home..

• Hitoe: Literally “one layer”. Hitoe used as a noun is a name for the unlined silk summer kimono. As an adjective, hitoe is used to describe a single-layered garment

• Manji: Also called mangi and saaya, buddhist cross in the form of a swastika that stands for good fortune, luck and well being, a symbol of plurality, eternity, abundance, prosperity and long life. It also signifes Buddha’s footprints and the Buddha’s heart. The swastika is said to contain the whole mind of the Buddha and can often be found imprinted on the chest, feet or palms of Buddha images. It is also the first of the 65 auspicious symbols on the footprint of the Buddha. It is often used to mark the beginning of Buddhist texts.

Taisho is Japan’s Jazz Age. Can it be summed up in a phrase? It often is:ero-guro-nansensu — eroticism, grotesquerie, nonsense.

The term “Taisho Roman” refers to the cultural stylings of the Taisho Period of Japanese history (1912-1926), combined with the shortened form ‘romantic’. An appropriate English translation might be “romantic vintage”.

In terms of wafuku, Taisho Roman often begins with Taisho-era kimono, or kimono that have similar visual cues, such as bright colors and/or large, bold designs. The kimono is then heavily accessorized with elements of Western fashion from the 1920s, and occassionally touches of the 1910s or early 1930s. 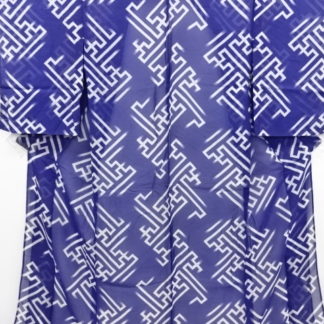